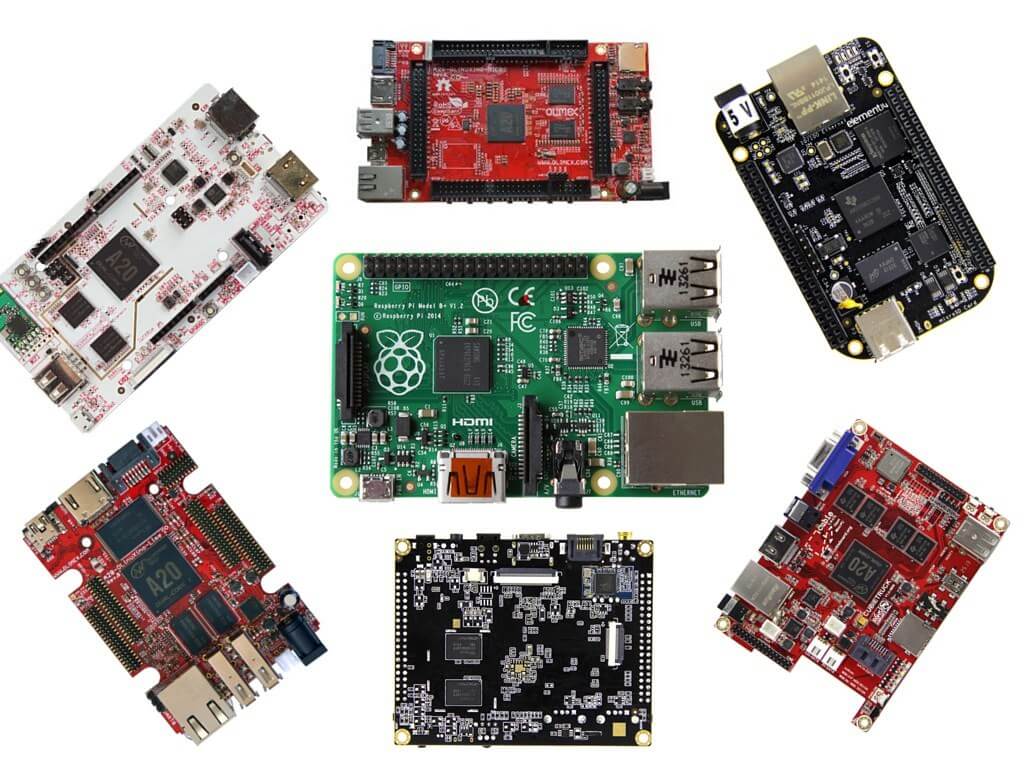 (The original Chinese version of this article is written by Mr. Hsian-Yang Lu and published on MakerPRO)

Let us begin by announcing this: Raspberry Pi has officially sold more than 8 million boards. Many manufacturers consider the “Raspberry Pi Sanity” a huge business opportunity so they release many similar single board computers (SBC), and hoping that consumers will choose their SBCs over Raspberry Pi. This move earns these boards the name “Raspberry Pi Alternative.”

There are currently close to 20 different kinds of Raspberry Pi alternatives, and it is understandable that users may find it overwhelming to determine which one is the best. On top of that, many of the alternatives associate their products with Raspberry Pi but upon closer inspection, it will be obvious that they only do this for the sake of publicity. In fact, there are some differences between the function of these alternatives and the real Raspberry Pi. To help clarify it for all of you, here is some simple comparison below.

In addition to purely upgrading specifications and hardware functions, many people know the strength of Raspberry Pi lies in its growing popularity in the software sector. However, these development board manufacturers not only can’t increase their devotion to software development in the short term but also lack support from established software companies. However, this does not stop them from starting their own software system to make their development boards more appealing. For instance, Radxa Rock2 Square emphasizes that it can run Firefox OS, while ODROID-C1+ is compatible with Arch Linux. In case you don’t know it, many Raspberry Pi alternatives also like to emphasize that they are compatible with Android.

However, there are still some Raspberry Pi alternatives, such as Banana Pi and ODROID-C1/C2, that try to make their connectors compatible with Raspberry Pi. This way, the original design on Raspberry Pi that is meant for controlling electrical wires can be copied over to the alternative development boards without modification. But the software might still need some modification, or at least makers need to reevaluate whether the connectors’ numbers are corresponding correctly or not.

Some of these alternative development boards’ degrees of similarity to Raspberry Pi vary. Some, such as LattePanda and MinnowBoard Max are based on the X86 structure, which uses Atom processor. These differences set them apart from Raspberry Pi. However, even though their basic structures are different, they are still called the Raspberry Pi alternative.

Entering the competition for 64-bit

Since Raspberry Pi is already quite simple and affordable, most of the development boards usually emphasize that their specifications are one level higher or their functions are better. Additionally, since most of their sales numbers are lower than Raspberry Pi, they are sold at higher prices. Many of them are sold around USD $100, which is quite different from Raspberry Pi’s USD $5 to $35. However, there are still some cheaper development boards that are sold at a price that’s similar to Raspberry Pi’s price. One of them, PINE64 boasts that even though it is sold at USD $15, but it is capable of conducting 64-bit calculation. On top of that, it is designed by a long-time ex-employee from Apple.

Apart from the high price factor that is common among many alternative development boards, some new brands’ manufacturing and sales number are also worrying because they often only start manufacturing until they wrap up crowdfunding campaigns.

Of course, we can’t keep overlooking the competitiveness of these Raspberry Pi alternatives. Some of them, such as CHIP, are pretty creative. It comes with a whole set of appliances that can turn it into a pocket computer, and this is what Raspberry Pi still can’t achieve. All in all, no matter it is Raspberry Pi or Raspberry Pi alternative, they have all contribute to the emergence of the SBC movement. We should not attribute the success to Raspberry Pi or any specific alternative development boards because the main point of the whole movement is to let makers have more opportunities and rooms to experiment with electrical design. The goal is to elevate the simple control that can be achieved through Arduino to the next level.