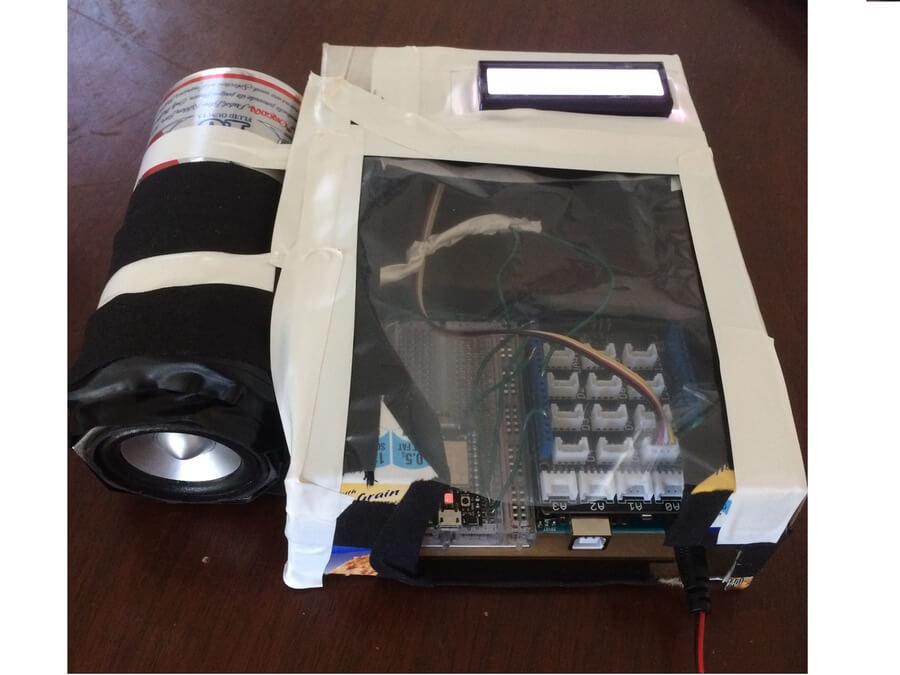 If you were asked to think of an IoT product, what would be the first thing that comes to your mind? Let it be a smart home application, a wearable health tracker or an unmanned drone, these are all products from credible tech companies. However, to most of our surprises, producing a workable IoT product isn’t as complicated as we thought, as another fellow maker successfully built his own IoT music box and was able to write simple melodies with it.

Vaughn Kottler, the proud maker, shared the recipe of his IoTMusicMaker on hackster.io. The MusicMaker is consisted of 2 Arduinos and a spark core that is connected to his mobile phone’s hotspot. According to Kottler, the coding part of the project was contributed by another maker named Jeremy Ellis, and for the MusicMaker to function, it needs a web server client with the function of compiling php. For the complete technical detail of the project, we encourage you to refer to his original project page.

Apart from the nerdy side of his project, he also posted a video that shows how the MusicMaker actually functions in reality. While the operating part on the computer might look troublesome and clumsy, the final result actually looks pretty promising, as the created melody came right out of the MusicMaker when he pressed “Preview Loop.” Except the funny and old-school noise that the machine makes whenever the operator is deleting notes, the overall concept looks like a possible and mass-producible IoT product.

As a platform dedicating to linking all key players in a product development supply chain, TechDesign is always on a look out for raw talent to inspire the rest of our followers, because we believe that the more we highlight these potentially producible projects, more of them could be picked up and turned into actual products on the market.