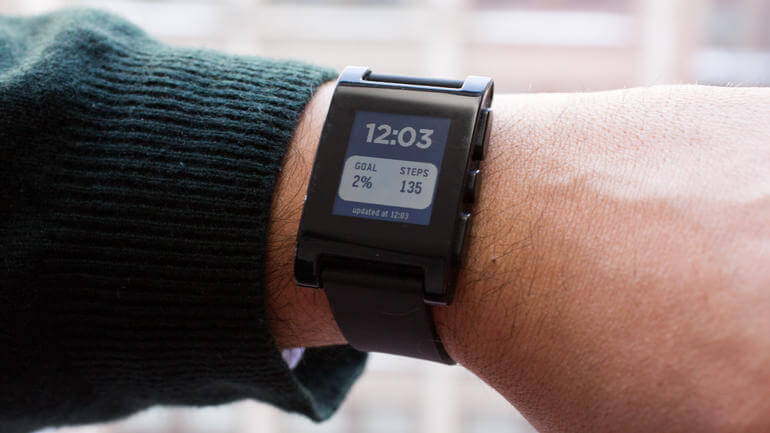 Ever since the popularization of wearable devices, the electronics market has been flooded with different devices that are all capable of doing something more than their original functions. Some of the best-selling devices combine functional and aesthetic purposes, so they are able to attract a wider customer base. Watch is one such wearable product, which embeds both the functional and aesthetic aspect of a watch into one smart electronics, and the launch of Apple Watch brings it to another level. Now watches are more than devices that tell you time, because they are able to achieve so much more.

Though watches have been able to do more than before, you may have never thought about owning a watch that is capable of controlling robots. After all, it presumably requires more complicated design and engineering than watches that inform you about your health condition and different times of the day. However. a fellow maker successfully design a watch that can control robots. In case you are also curious about how he achieves it, you have to check out TechDesign‘s introduction below.

From a smart watch to robot controller

The whole idea starts with a smart watch from Pebble Time, which like other smart watches, allow you to track your body conditions and check emails or messages. This brilliant maker, David Fekke, got it through Kickstarter and wanted to design a cool project with the watch. Fekke then thought about creating a robotic project since the watch possesses an accelerometer.

He first assembles the SumoBot package that he acquired the year before, and adds a Wifi based controller from Particle. As the watch’s built-in accelerometer can already recognize taps and G forces, Fekke adds a self-written code that can be used on all platforms to control the SumoBot. Additionally, he also made an Node.js application to handle requests from the Web. Finally, the last and most important step is that he writes firmware for the Wifi controller to control the robot’s servos.

If you want to witness how the finalized watch controls the SumoBot, Fekke prepares a short video that demonstrates how the whole set actually functions:

And if you want to learn more about the project details, please refer to his project profile here. As always, those of us at TechDesign really enjoy running into different maker projects online, and we will continuously help to shed lights on these inspiring projects. If you want to share your projects with us, please don’t hesitate to reach out to us through the comment section.

1 thought on “Introducing Watchbot: An Epic Watch that Controls Robots”