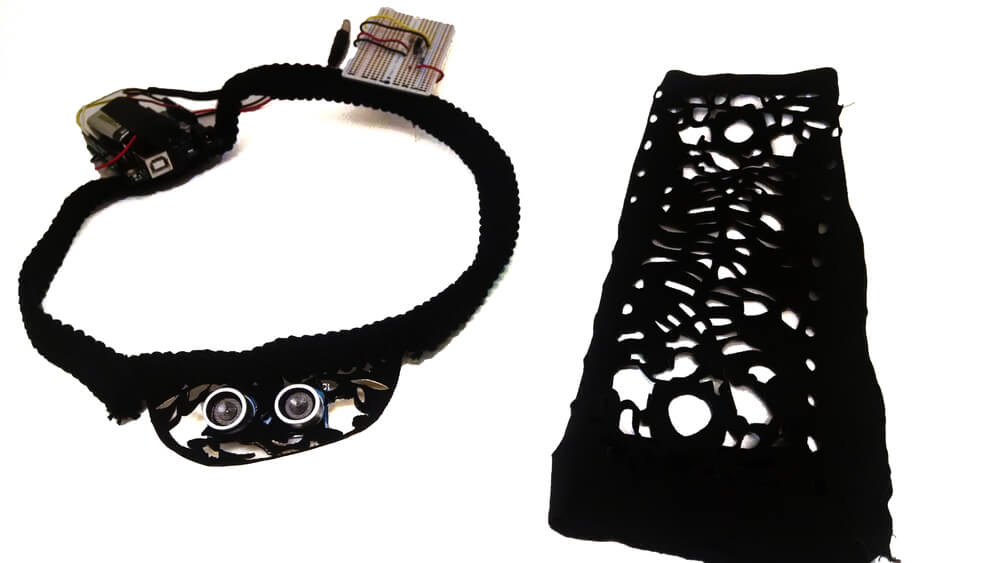 If you are a regular driver but think that you have a terrible sense of direction, then you should know how important it is to have a GPS by your side. Driving without the help of a navigation system can feel like walking with your eyes closed. The same can happen to the visually-impaired individuals. Getting around can be as risky and dangerous as driving in an unfamiliar city without your GPS. Luckily, a team from UC Berkeley designed a GPS-enabled navigation wearable for the visually-impaired in 2015. TechDesign stumbles upon this very interesting and meaningful project online and decides to share it with you all.

A wearable prototype for the visually impaired

Magoo possesses two main functions: detecting obstacles and assisting navigation. One of its biggest advantages for the visually impaired is its haptic feedback, which informs them of any change of direction or obstacle. But just how exactly does the device function? The two-piece wearable device, which consists of a necklace and a pair of gloves, separates its functions well. The necklace has an ultrasonic sensor that vibrates when there are barriers within 2 meters from users. As for the gloves, it is where the actuators Wi-Fi module locate. Users can set their destinations through voice command, and the system on the glove will rely on its GPS function to determine the best route to the destinations. If users wish to confirm the right direction, all they need to do is to swing their arms. Once the arms fall within the correct region indicated by the GPS, the device will send a haptic feedback that points to the right direction. According to the Magoo team, this design can effectively prevent the visually impaired from getting lost.

Both the necklace and gloves are specially designed so they provide comfort, usability, and aesthetic beauty. Of course, a big part of this device is the technology that the Magoo team adopts. They use the HC-SR04 ultrasonic sensor to measure the distance between obstacles and users. The default distance that will trigger the warning is 2 meters. The whole detection unit consists of the software, an Arduino Mini, the ultrasonic sensor and a coin vibration motor.

As for the navigation part, the Magoo team adopts a GPS module that will send users’ locations to a server wirelessly through a press of a button. The embedded Google Maps Directions API will receive the information and send back its calculated steps to the destination. Then the server and software will come up with a route through calculation and estimation. Lastly, users only need to swing their arms and the system will deliver haptic feedback to users if their arms fall within the correct direction. This part of the system is made up of a server and a spark core.

To show you how Magoo functions in real life, the team prepares a video that clearly demonstrates how it can help the visually impaired:

If you are impressed by Magoo’s features, you can check out their complete profile on hackster.io. TechDesign will continue to bring you other brilliant maker projects in the coming weeks, so stay tuned.

1 thought on “Introducing Magoo: A Wearable Prototype for the Visually Impaired”