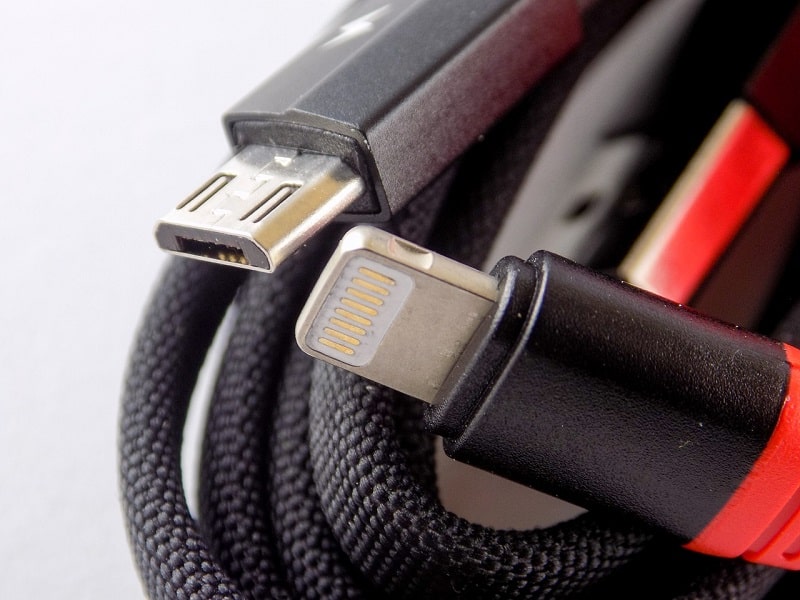 USB power delivery standard is not a new topic actually, and it has been developed for a long period of time. The reason why we’d like to have this article is that the latest 4th generation raspberry pi uses USB Type-C for power delivery, which is different from most development boards that use Micro-USB. For makers, they might not have clear ideas of the specs of these USB PD ports, i.e. how much voltage/current can an output supply? Can it supply enough electricity for my development board? Thus, we’d like to write the article to have deeper discussion to help plan your project development.

Since 1996, USB 1.0 began to provide power delivery; the stable output voltage is 5V, and the maximum output current could reach 100mA or 500mA. 500mA is the power from desktop computer or the USB Hub connecting with transformer; otherwise, the others are 100mA.

You can use 100mA to connect keyboard, mouse, and some peripherals, while you need to use 500mA to connect external hard disk and printer. In some cases, 500mA might not be enough, and the device needs to get power from other supply. Since it’s quite convenient to use USB power delivery, lots of external connection technologies began to support power delivery in its standards, such as Thunderbolt, Ethernet, etc.

Based on the standards, the maximum can reach 100W, but not all USB cables are able to sustain such high electric transmission. Therefore, USB PD 2.0 defines that Micro-USB can only transmit 3A and 20V, and 60W (the maximum).

If you use USB Type A/B/C, it allows the maximum 20V, 5A. However, it should be active circuits or the circuit with e-Marker chips. USB PD 3.0 was released in 2017, but the max. voltage and current remained the same.

What we’ve discussed above is the basic spec of power supply. But actually there are much more details of power supply. In this article, we don’t discuss the specific cases, such as, detecting plug-in devices, device at low voltage, power supply at high voltage, etc.

Take the superior spec Raspberry Pi Model B for example (compared with Model A and Pi Zero). At the beginning, the power supply is only 1W – 3.5W, the 2nd generation can be 4.1W, and the 3rd generation could reach 6.7W, which enables Raspberry PI to connect desktop surveillance device (the device needs extra electricity), mouse, keyboard, and WiFi.

If you’d like to use Raspberry Pi to connect other devices, like USB drive and using GPIO pin to trigger LED light, the power you need will almost reach the standards, 7.5W. So the 4th generation of Raspberry Pi uses USB Type-C connector to supply power to increase the power supply to 15W.

Since developers have been using Raspberry Pi to have advanced development, Raspberry Pi will need more power. However, the other maker development boards can work with low power consumption. So developers still can use the highly common Micro-USB to supply power.