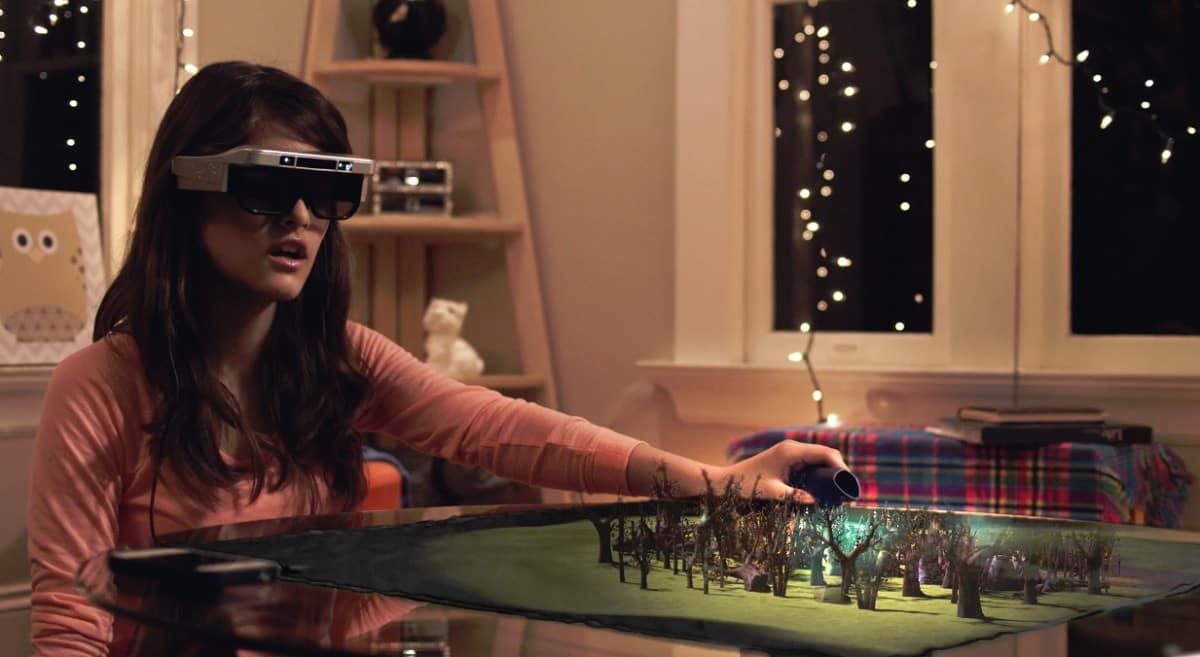 As the companies, like Facebook, Samsung, HTC, have devoted much time and money to develop their VR technology, Jeri Ellsworth, the female entrepreneur, and her co-founder successfully built the startup — CastAR to invent the consumer-friendly Augmented Reality (AR) headset. They believe AR is able to bring the whole family together around a table even if one of the family member is far away from home.

Jeri Ellsworth, the inventor who did not have formal training, now successfully runs a startup and released products in the technical but female unfriendly industry.

Different from most children who preferred to play toys, Ellsworth, in her childhood, spent lots of time in a library and learned how things work from the books. Gradually, the books couldn’t satisfy Ellsworth anymore, so her lifelong enthusiasm of resembling things began from here. From the old stove to VCR, Ellsworth took apart the things and tried to resemble them. The resembling did not succeed every time though, Ellsworth’s father collected the broken electronics from the neighborhood to support her interests.

A computer found in Ellsworth’s friend’s house lightened up her interest in programming and electronics. She learned BASIC and got the computer to do things and then started the connection with cartridges and the computer. Eventually, she successfully made things happen on the screen at the age of 9 or 10.

During the high school time, Ellsworth continued her interest in electronics and reached the car racing area. In attempt to stop her racing, Ellsworth’s father told her that she can only race if she built her own car. However, Ellsworth did successfully build her own car with the computer-controlled traction system. Ellsworth even started her first business with the race car but she dropped out of high school.

Later on, Ellsworth began her new business to run a local computer shop in a small town. Unfortunately, the business failed and caused Ellsworth almost to be bankrupted.

With little money, Ellsworth did not give up and went to a trade show to show off the circuit boards built by herself. In the trade show, she got the interview opportunity and got hired to develop a toy.

In addition to the job she had, Ellsworth also had a YouTube channel to show her enthusiasm and talent on electronics and technology things. The videos helped her to get a job in the hyper-customer-focused company, Valve, to develop the VR products. The main concept of the VR design is to have everyone play the device with ease. Meanwhile, Ellsworth also worked on the AR project and believed AR games could bring people closer than VR.

However, Ellsworth did not work in Valve for a long time and left due to the AR project termination. The owner of Valve let the AR project go with Ellsworth. That was the birth of CastAR.

After leaving Valve, Ellsworth worked with her former colleagues in Valve to have their first prototype of the headset and showed the device with a zombie game in a maker faire. Quickly, their invention got lots of attentions from the event and they launched the CastAR project on Kickstarter successfully.

With the informal training background and diverse experience in electronics and hacking, Ellsworth, the female entrepreneur, succeeded in the male-dominated industry. Her story might be a unique sample but we hope the story could inspire and encourage more makers and startup owners, both male and female, to realize your dream. What about your ideas? Want to turn your dream into reality? Share your idea with TechDesign!

2 thoughts on “How the Female Entrepreneur Built the AR Startup”