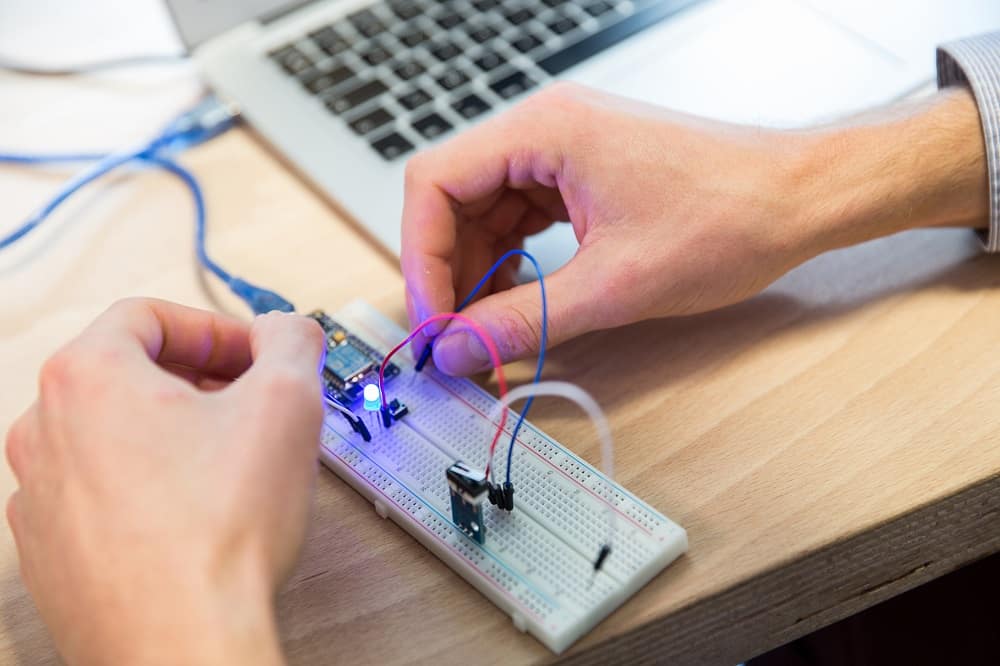 Designers and developers are all diving into the IoT (Internet of Things) business and creating a multitude of devices. With this happening, developers start to take into consideration the potential of how crowded these devices will play in the space and frequencies they will work in. There is a need for all designers to look at creating devices that follow some samples that can provide for the top 3 things below:

These 3 things are what the designers implement such plans for their IoT products will allow for the creation and proliferation of what is known as LPWAN (Low Power Wide Area Network) products. Designers and developers focusing on the IoT space are currently working on new protocols that will handle these billions of devices. The reason to integrate LPWAN into the IoT space is to make sure that data bandwidth use, speed, and efficiency needed to maintain a secured and reliable network will be accomplished.

There are companies and alliances being formed to create the necessary protocols for the creation of LPWAN. A company like Sigfox, that is enabling a protocol that focus on all devices working together using short data packets has made some significant headways. Another group of companies that have formed an alliance known as the Lora Alliance is moving forward as well. The Lora alliance also is developing their own protocol known as LoRaWAN. Another company known as Link Labs has developed a protocol called Symphony Link. Finally a company called nWave which has similar plans like Sigfox will push forward in the LPWAN space. So, Sigfox as an example is getting such mention for its protocol because of its overall strategy of combining power efficient IoT devices while having cost savings. Sigfox’s focus on data packets working in the 200Khz bandwidth arena can globally making the billions of IoT devices in the world work together seamlessly.

There are two major protocols that need to be mentioned as this will help in your decision on what type of IoT device designed. These two protocols are NB-IoT (Narrow Band – Internet of Thngs) and eMTC (Enhanced Machine Type Communications). eMTC is also often referred to as LTE-LPWAN (Low Power WAN). LTE (Long -Term Evolution) is not really a protocol or technology but generally it’s an idea of expanding the capabilities of the wireless broadband communication industry. So you should know that the reference to LTE is a reference to the cellular industry which already deploys 4G deployment in the cellular industry.

NB-IoT Suitable for Sending Short Data Packets
There are often comparisons between NB-IoT and eMTC. Designers and developers often ask which protocol is better to use over the other. But the reality is that depending on what type of IoT device you are designing, the choice of protocol is dictated by the device itself. NB-IoT as it refers to takes narrow band communications and allows for short data messages to travel far distances, while working within the narrow bandwidth at 200 KHz of bandwidth. The requirements of these short messages often are not more than 10kbps max. The ability to send such short data packets achieve the long distance because the tolerance levels of what we term as BER (Bit Error Rate) correction is not complicated. These short data packets don’t really have time dependency, so they can continually repeat the short data packets until the data packets are confirmed and received. This ensure that the short data packets are validated and verified. Essentially if you are designing IoT devices using NB-IoT, it would be categorized as a sensor-based IoT device. Devices like On/Off switches, Triggers for temperature control like Heat/Cooling settings and dimmer switches that use PWM (Pulse Width Modulation) are just examples of sensor based IoT devices.

eMTC Suitable for Devices Requiring Larger Data Packets
The eMTC protocol works more within a wider bandwidth of 1.4Mghz and is capable of Tx/Rx of data packets up to 1Mbps. Devices associated in this IoT space would be like the very popular wearable devices for fitness training, smart watches and any multi-functioning devices requiring more data packets and larger packets. eMTC protocol provides for the proper bandwidth to allow for these devices to work well in their space. As a designer using either NB-IoT or eMTC should allow you to achieve a device that encumbers the 3 topics mentioned above. PE, CE and RE.

Before 5G comes, the Connectivity Options are Available for Your IoT Projects

In the future, the 5g community will work these protocols together. However, before the 5G evolution does this, there will be the options to build upon the likes of NB-IoT and eMTC in taking the next steps in the IoT space.

This effort is already becoming a reality with companies like Sigfox, the LORA Alliance, Link Lab and NWave. If you are looking at sensor based devices, choose NB-IoT. For more data required devices such as wearables device, look to use eMTC. When laying down the foundation of creating a LPWAN, look to bring together NB-IoT and eMTC.

TechDesign is here to provide all the guidelines and assistance to make these IoT devices a reality.

Visit TechDesign eService to get professional consultancy for building your IoT projects.
Visit TechDesgin eMarket to shop the electronics components for your IoT devices.