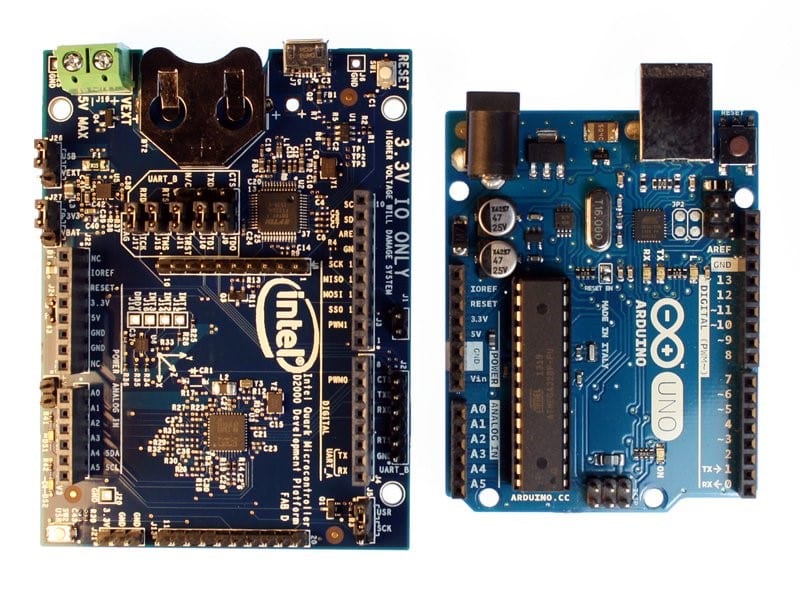 Since Arduino and Raspberry Pi have been broadly discussed, we would like to introduce another development environment: an IoT solution released from Intel—Quark D2000 Microcontroller Developer Kit.

There’s no doubt that the most distinguishing feature of Quark D2000 is being the first x86-based microcontroller. If you have computer-hardware-related knowledge or understand the history of computers, you would realize that x86 instruction set architecture plays an important role in the history of processors. And now x86 is finally adopted to the applications of MCU.

In addition, users can utilize USB interfaces on developer boards for programming and JTAG debugging. The integrated development environment (IDE) was provided by Intel System Studio for Microcontrollers, which is Eclipse-based and can be applied for developing, optimizing, and debugging applications. The development board is equipped with a coin cell battery holder. That is to say, the board can work with merely a coin battery.

Let us introduce the features of Quark D2000 and how to install the IDE.

Quark D2000 is compatible with Arduino Uno R3 Shields; so you do not have to worry that the elements you purchased for Arduino (only 3.3V) will be useless if you’d like to use Quark D2000. However, D2000 is only compatible with shield boards but software. Thus, the sensor library of Arduino Shields will be unusable. To solve this issue, you can refer to the documents from this article provided by Intel.

With the built-in coin cell battery holder and low-battery power, D2000 has the superiority of quickly developing wearable devices. When developing wearable devices, developers often need to call accelerometer and compass from hardware. Unfortunately, D2000 doesn’t have the built-in gyroscope. If developers want to acquire posture data, they have to externally connect with other gyro chips.

As to the software, the development software for D2000 is Intel System Studio for Microcontroller, which might be familiar to those who have developed Java or Android software. Intel System Studio IDE is Eclipse-based. D2000’s programming language, C/C++, is more difficult than Arduino’s. Compared with Arduino, D2000 has better efficiency in calling hardware for execution and better effect upon arranging memory.

Developers have to install Intel IDE in D2000, just like installing Arduino IDE for Arduino to write source code. The following are the steps and sample code for installing Studio, which examines if our developer kits can work normally. 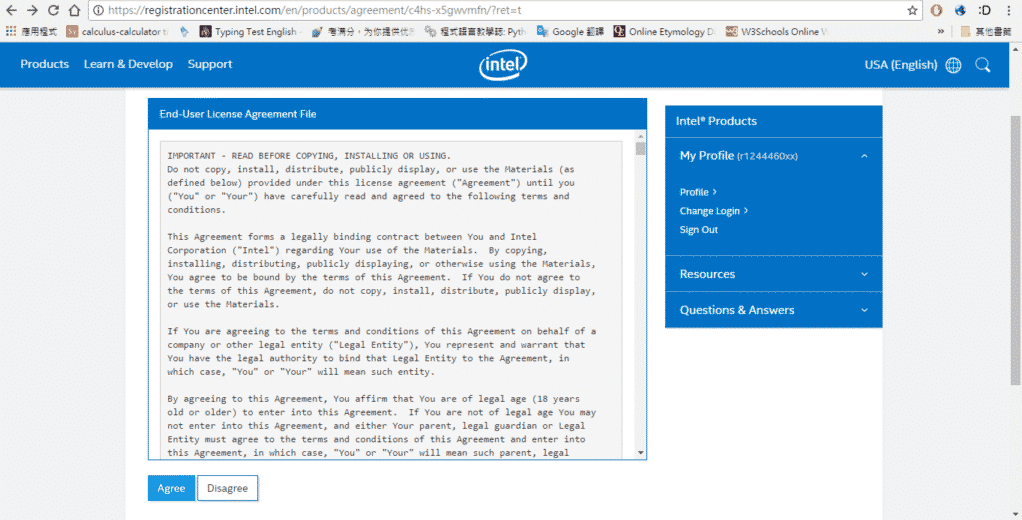 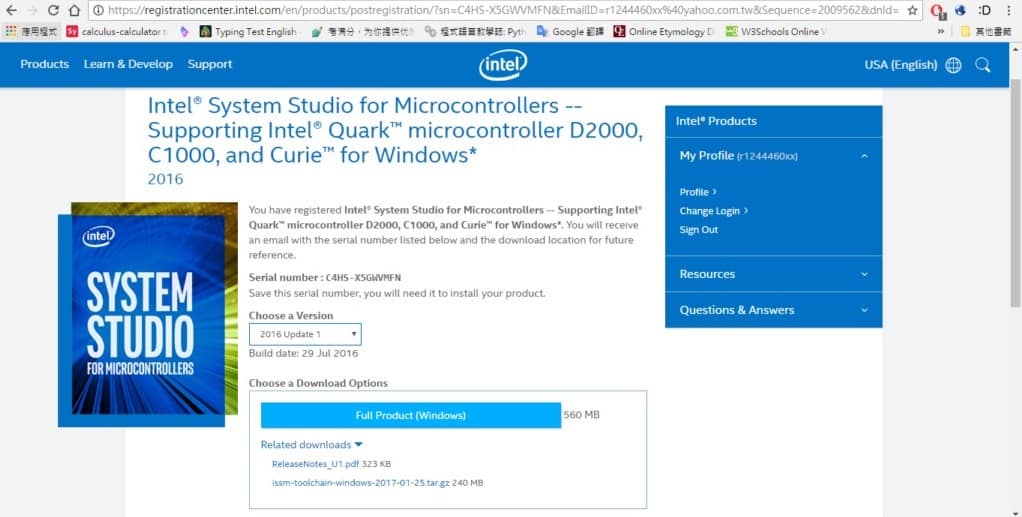 4. After downloading, you will see the interface as below. 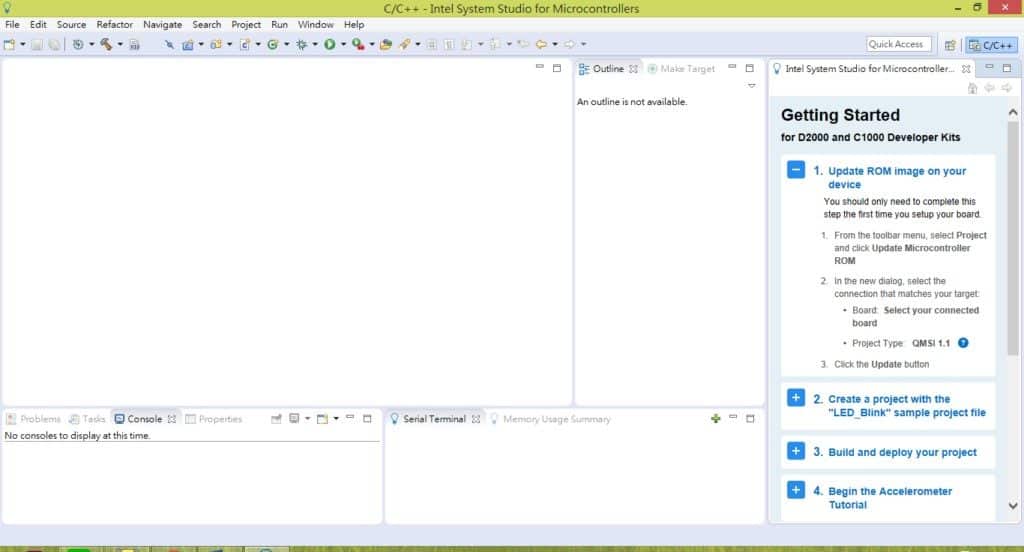 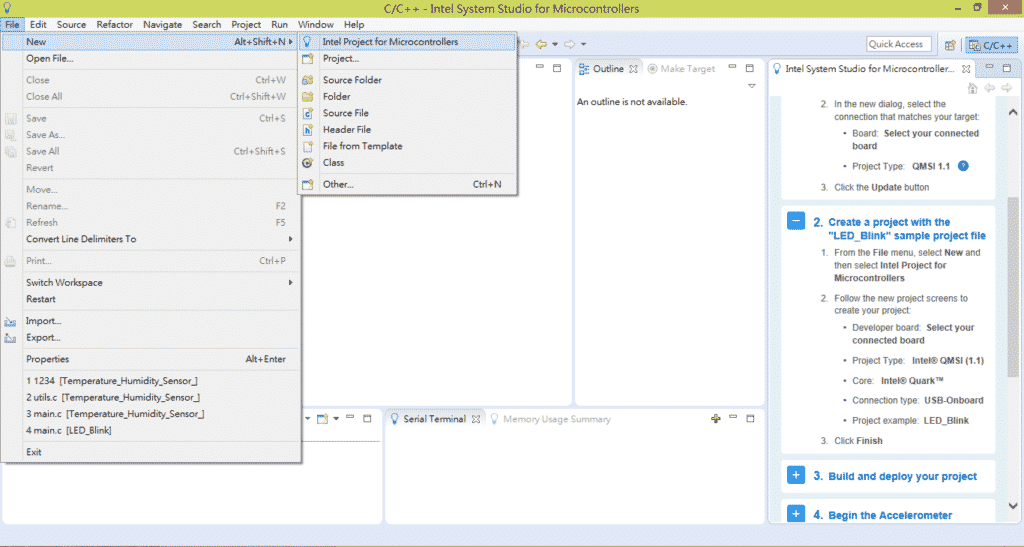 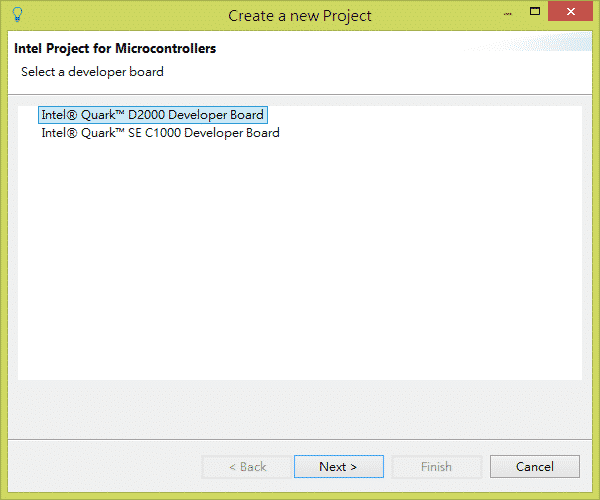 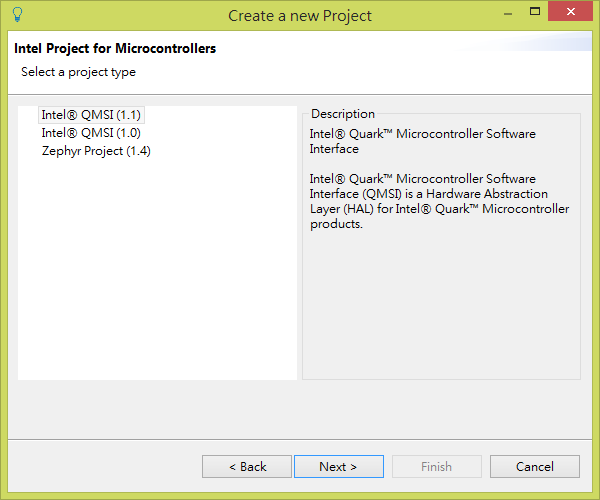 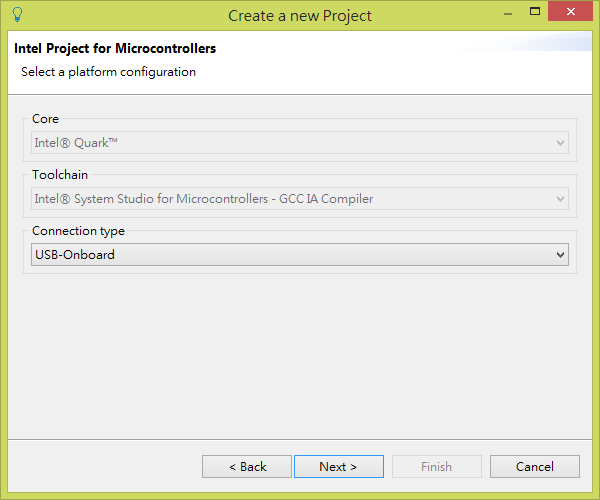 5. Select “Power” in the middle left, then select “LED_Blink” and click “Finish”. 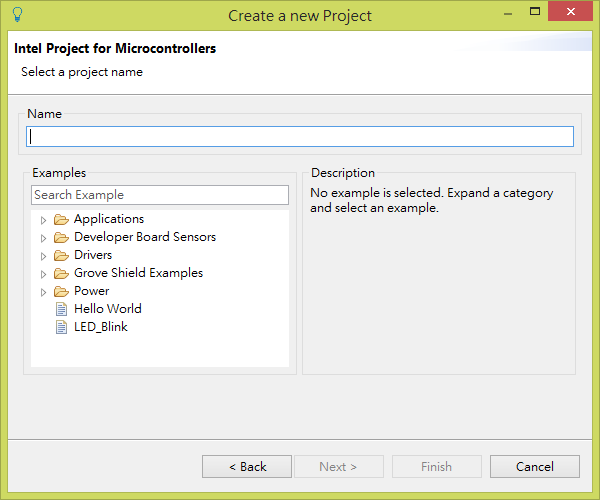 6. Click the Hammer-like icon in the upper left. If there are no mistakes after debugging, click the play-like icon and write code for microcontroller. Check whether the light bulb icon is flashing. If so, it means that the code has successfully been written into D2000. 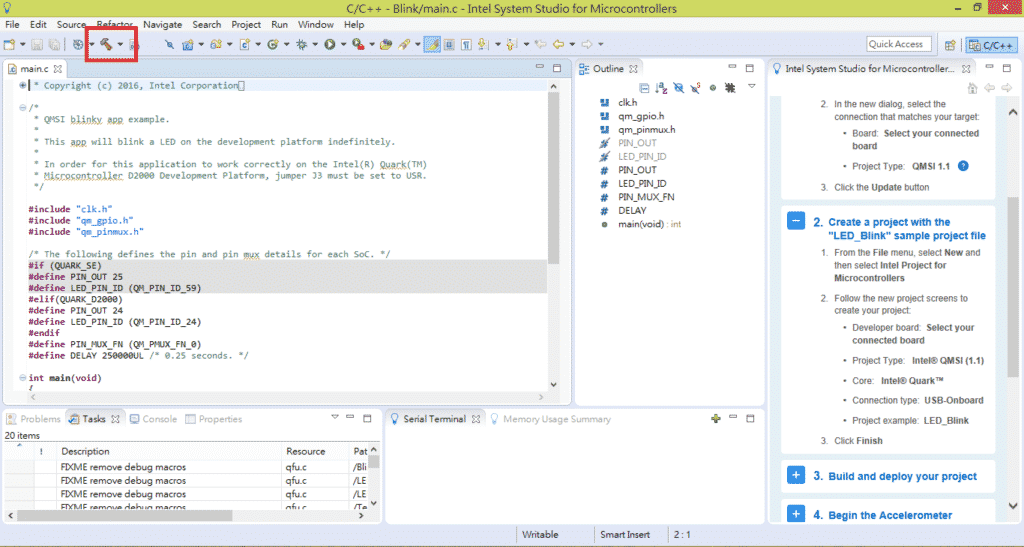 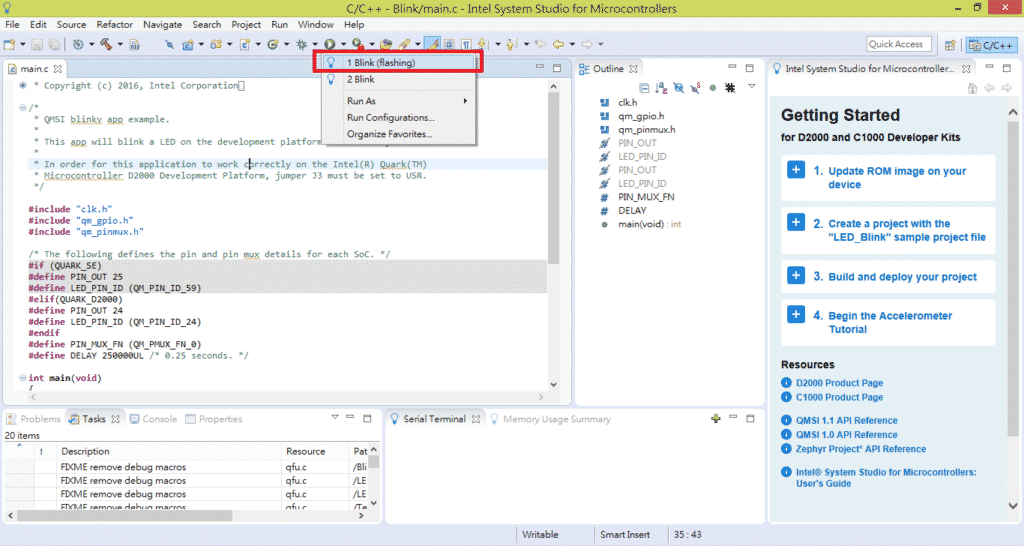 The specifications of Intel D2000 are fit for developing wearable devices and small IoT devices. With the built-in coin cell battery holder, it is unnecessary for developers to worry about assembling external heavy batter holder. As small devices have less hardware source than computers, the memory has to be fully used. It is quite appropriate to develop small devices with C/C++.

Moreover, D2000 has some built-in sensors that other development boards do not have. D2000 could be a good bargain and great developer kit as long as you conquer the coding difficulties. It is recommended for experienced makers to develop with D2000.