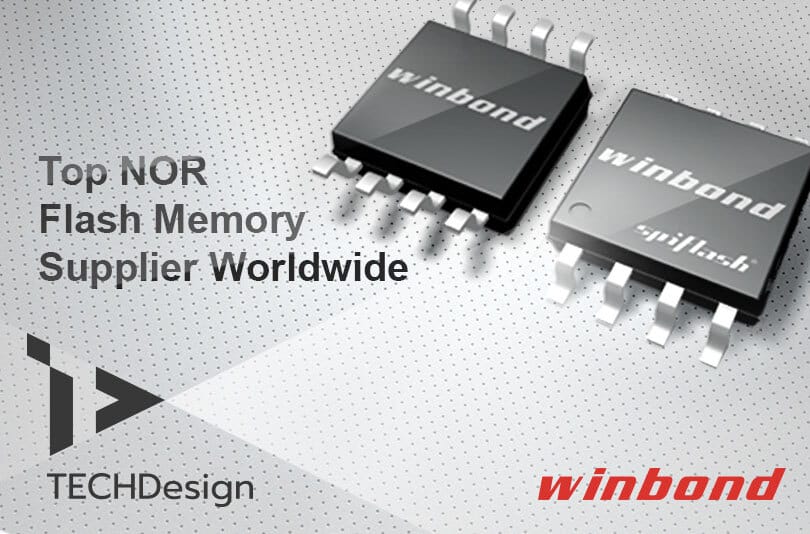 IoT, one of the fanciest words in the modern era, has been widely discussed in everyday life. According to GSMA Intelligence, the total IoT connections are projected to reach 24 billion by 2025, which is a doubled number comparing to 2019.

In many previous articles, TECHDesign has addressed about the importance of IoT, and now, the discussions of NOR Flash under IoT applications will be explored below.

For IoT devices, the cost, the power consumption, the size, the reliability, the performance and the security level are all needed to be considered. What is even obvious is that the demands of NOR Flash are the same as other IoT devices—low cost, low power consumption, small size, high reliability, performance and security level.

The W25Q family is equipped with Dual-I/O or Quad-I/O SPI for high performance. With Quad-SPI, the clock rates could reach up to 104MHz, which achieve an equivalent of 416MHz (50M-Byte/S transfer rate). This is four times more than the performance of ordinary Serial Flash (50MHz).

To meet the faster transfer rates, the controllers outside could execute code directly from the SPI interface of W25Q NOR Flash family (XIP, execute in place), and the boot time could be further improved when the codes are shadowed to RAM. Some devices in W25Q family offer the new Quad Peripheral Interface (QPI) supporting true Quad Commands for improved XIP performance and simpler controller circuitry. In addition, new ultra-small form factor packages are provided for size constraints.

Table 1. shows Winbond’s W25Q family devices which are listed at TechDesign. The operating voltage ranges from 1.65～1.95V, 2.3～3.6V; and the memory size ranges from 1～256Mb. There are nearly 500 W25Q devices at TechDesign for customers to choose from. Come visit TechDesign and enjoy the abundant choices!