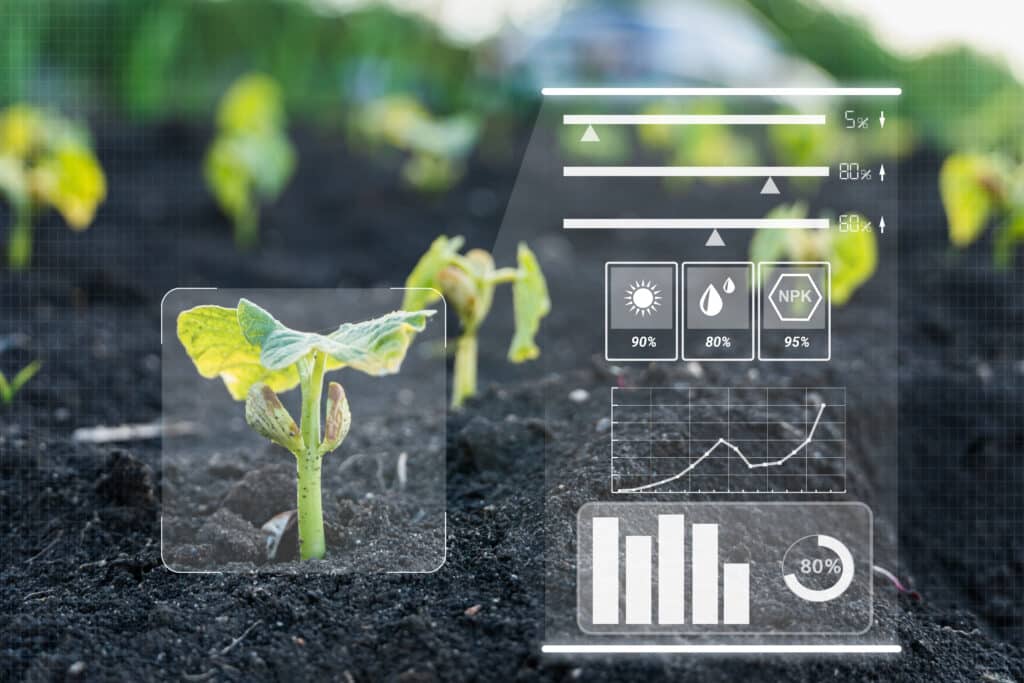 The IoT systems in smart farming have been depicted in six main sections by EET India, which are processors, sensors, signal conditioning, power management, connectivity, and positioning. Common use cases like automatic fertilization, automatic irrigation, crop management, precision farming, and livestock monitoring all can be realized through IoT systems. After sensors detect the environmental phenomena and target objects, the information will be transmitted to controlled processors through wireless connectivity. Then, the processors can collect and analyze these data, or even help farmers with further decision making.

Nuvoton NUC972 microprocessors are able to achieve high performance (as high as 300 MHz) and low power consumption (as low as 7μA current consumption of RTC_VDD in Power Down mode) in a smart farming IoT system. AgriTalk smart farm platform, as a use case, has adopted NUC972 to build up a turmeric cultivation IoT system for optimizing soil fertility through AI models. By detecting potential sensor errors, this system can calibrate the sensors in advance and eliminate risks that could cause delayed harvest or revenue loss.

The received external signals from sensors need to be processed and analyzed by the microcontrollers at the edge. To avoid any sudden transient voltage pulse from these signals harming the main electronic circuits, EMI filtering, ESD protection, and TVS devices on electronic circuit boards are applicable. They are able to prevent unexpected damages and noises from the detected signals.

Plenty of connectivity technologies can be used to realize smart farming. LoRa technology, among all, is most frequently applied due to its characteristics of long-range transmission and low power consumption. It is especially suitable for outdoor monitoring, for instance, REYAX LoRa modules are already applied in soil, water, and livestock monitoring. With Semtech SX1262 / SX1276 SoC engines, REYAX LoRa modules can typically transmit at least 4.5 km, and as far as 15 km in a mild environment.

Positioning is especially suitable for livestock monitoring in smart farming. Recently GPS tracking collars can track moving livestock to avoid missing animals. REYAX GPS modules have been applied to cows’ tracking collars for farmers to easily control and manage the number of their cows. All the GPS modules from REYAX are in the meantime supporting Glonass, Galileo, BeiDou, QZSS, and SBAS engines.

According to Research and Markets, the global smart farming market will grow to USD 34.1 billion by 2026. As we mentioned above, an IoT system can be beneficial for smart farming implementation. Microprocessors and microcontrollers from Nuvoton, MOSFETs from PANJIT, LoRa and GPS modules from REYAX, and circuit protection components from Amazing and PANJIT, are all well-suited solutions for smart farming realization. Now, come to visit TECHDesign and take your time to shop immediately!